I was up at Horicon Marsh to scout out the area before fall migration starts.  Not much going on right now.  The Egret nesting season is just ending so they were pretty much everywhere.  A couple of Sandhill Cranes showed up and a few Wood Ducks. Goldfinches were in abundance feeding on the thistle.  I watched this Egret play with the fish for about 15 minutes.   Just throwing it around until finally eating it. 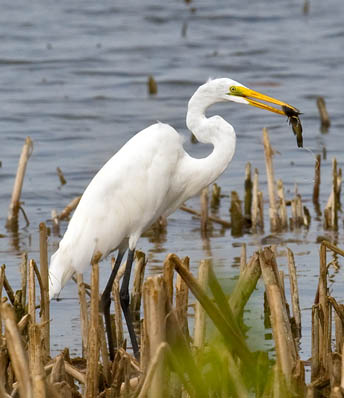